STAMFORD, Conn., Jan. 11 (UPI) — WWE has announced that wrestling icon Sting will be inducted into the Hall of Fame.

Sting is the first inductee announced for the class of 2016 with an event planned to honor all future recipients on April 2 at the American Airlines Center in Dallas during WrestleMania week.

“We are truly honored to have Sting take his rightful place in the WWE Hall of Fame,” WWE’s Executive Vice President of Talent, Live Events and Creative Triple H said in a statement. “His contributions to our industry are unprecedented, and we look forward to celebrating his incredible career with fans all over the world.”

The 56-year-old living legend made his in-ring debut in 1985 partnering with deceased WWE Hall of Famer the Ultimate Warrior before moving onto singles competition as part of Jim Crockett Promotions, which would later become World Championship Wrestling.

It was in WCW and during his epic bouts with Ric Flair in the 1990s that Sting established himself as a fan-favorite sports entertainer. Dubbed “The Franchise,” Sting continually evolved his style and famously battled Hulk Hogan and his villainous NWO faction of grapplers in the late ’90s during the company’s heyday.

Sting, whose real name is Steve Borden, would continue to flourish in WCW, becoming a six-time WCW World Heavyweight Champion until the company was bought by WWE in 2001. Sting would then be seen off and on in Total Nonstop Action Wrestling until he finally appeared in a WWE ring in 2014.

Sting’s only matches with WWE took place in 2015 at WrestleMania 31 against Triple H and at Night of Champions against then-WWE World Heavyweight Champion Seth Rollins, where he suffered a serious neck injury that could potentially cut short his career.

Many fellow WWE superstars and legends shared their appreciation for the Sting on Twitter with Flair writing, “Welcome to the club Stinger! Right where you belong. WOOOOO!” 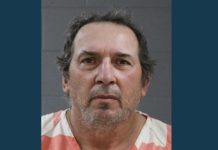 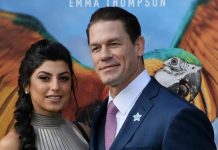 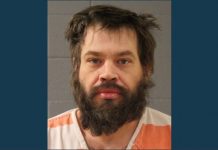