LOS ANGELES, Nov. 3 (UPI) — Zach Galifianakis, Andre Holland and Levi Miller have signed on to star in director Ava DuVernay’s next film, “A Wrinkle In Time.”

According to Variety, Galifianakis joins the Disney production based on the 1962 Madeleine L’Engle novel of the same name as the Happy Medium while Holland will play the Principal and Miller will appear as Calvin.

Holland has experience working with DuVernay in 2014’s Selma and stars in the recently released “Moonlight.” Miller meanwhile is best known for starring as Peter Pan in Warner Bros. 2015 fantasy epic “Pan.”

The story will follow a young girl attempting to find her scientist father who is trapped inside the mysterious fifth dimension.

“Since day one, this experience has shimmered with the promise and possibility, the passion and power that only great stories offer,” DuVernay said of the film.

“And Madeleine L’Engle’s book is a great story indeed. A cool, quirky tale of an imperfect girl on an otherworldly expedition that has been praised and banned, dissected and celebrated the world over for more than 50 years. On behalf of all the filmmakers, artists and craftspeople in our ‘Wrinkle in Time’ family, we are genuinely thrilled by and truly grateful for the opportunity to make this film together,” she continued.

“A Wrinkle in Time” currently has no release date. 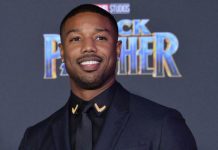 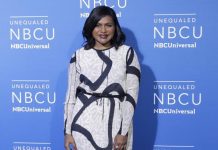 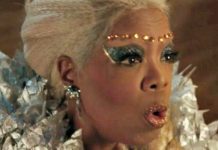 Disney releases first trailer for ‘A Wrinkle In Time’