Feb. 14 (UPI) — Everyone knows that exercise can give a boost to the heart, but for middle-aged men, it can also give a jolt to their brains, a study says.

Older men who work out saw better improvements in their executive function — or cognitive processes — than women, according to a study published

in January in the Journal of Applied Physiology.

This brain efficiency pattern is largely responsible for controlling a person’s ability to focus, pay attention and manage time.

“The neural basis of sex differences in the relationship between fitness and brain function in older adults has not been directly explored,” the study authors wrote.

Cardiorespiratory fitness measures the amount of oxygen and how well it’s processed after it’s sent to their muscles during a workout. Fitness levels can also change the brain’s gray matter, nerve-rich tissue, which determines cognitive function.

The study focused on men and women ages 67 and older. The study participants reported their age height, sex, weight and resting heart rate, which the researchers used to calculate their cardiorespiratory fitness.

Other studies back up the connection between exercise and higher brain function in men and women. Some, however, show that even a light workout can boost a person’s memory.

The gender of the person makes a difference in the overall effect that exercise has on the brain.

“Our findings that [cardiorespiratory fitness] is associated with brain function in a sex-dependent manner underscore the importance of considering sex as a factor when studying associations between exercise and brain health in older adulthood,” the researchers wrote. 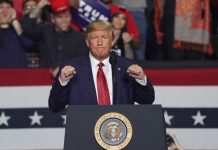