BALTIMORE, Sept. 9 (UPI) — The motive of any business is to make money, but a new study on the difference between cost of services at hospitals and the prices they charge patients may go too far, suggest researchers in a recent study.

Exorbitant markups at hospitals, with some prices set at 20 times their actual cost, are based on increasing revenue simply because the facilities are in a position to do so, according to researchers at Johns Hopkins University in a study publishedpublished in the journal Health Affairs.

The study found markups can range from 1.8 for inpatient general routine care to 28.5 for a CT scan or 23.5 for anesthesiology — meaning if a CT scan actually costs $100, a hospital will charge some patients as much as $2,850 for the service.

Markups are standard for all businesses, but researchers in the new study found they vary based on the power and availability of services in an area, whether the hospital is for-profit or not and how patients will pay for services, be it through some type of insurance or not.

The more complex a service is, the more a facility will increase its price beyond cost, especially in cases where it is more difficult for patients to compare the price for services. Hospitals with more clout also tend to impose higher markups where possible, the researchers report, and while caps on markups would help consumers, it is unlikely that hospitals, their executives and the employees who benefit from the high prices will give them up so easily.

“We realize that any policy proposal to limit hospital markups would face a very strong challenge from the hospital lobby,” Dr. Gerard Anderson, a researcher at the Johns Hopkins Bloomberg School of Public Health, said in a press release. “But we believe the markup should be held to a point that’s fair to all concerned — hospitals, insurers, and patients alike.”

For the study, researchers analyzed nationally representative hospital data for 2013 from Medicare, finding that a one-unit increase in charge-to-cost ratio was linked to $64 higher patient care revenue.

The researchers suggest improving transparency of prices and including more disclosure of costs on medical bills and financial statements. Placing caps on markup power and attempting to make charge-to-cost ratios more consistent among departments in each hospital also would help the problem, the researchers say.

In the meantime, pumping up costs to boost revenue is harming patients, which researchers point out is a problem when the job is to help people. 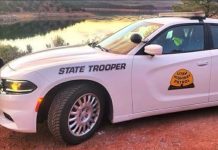 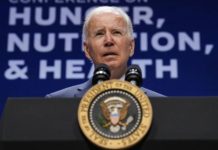