JERUSALEM, Feb. 23 (UPI) — For procedures such as hip and pelvic repair, or spinal fusion surgery, doctors insert a guide wire, allowing them to insert pins and screws holding bone together.

The guide wires can bend or break during surgery, however, lengthening the procedure and sometimes causing side effects.

Researchers at the Hebrew University of Jerusalem created a computer-guided system that alerts doctors to a bend in the guide when it happens, allowing it to be corrected. Bends or breaks in the guide wire can lead to revision surgeries, increasing hospitalization time and cost for patients.

The BendGuide is an opto-electric drilling system that detects minute changes in the guide wire’s trajectory, so it can be corrected mid-surgery. Changes in direction or bends in the wire are detected using a fiber bundle with a reflecting laser beam that, when when misaligned, indicates to a surgeon the guide wire is off target.

“This is an elegant technological solution to a complex problem,” Yaakov Nahmias, director of the Bioengineering and the BioDesign program at Hebrew University, said in a press release. “The group model and proof-of-concept experiments showed they could detect even miniscule changes in guide-wire trajectory.” 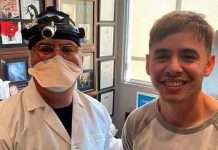 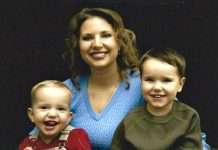 Bones found in Utah mine not those of Susan Powell, her father says