OREM, Utah, June 2, 2021 (Gephardt Daily) — One person is dead and two others were critically injured in a shooting Wednesday evening in Orem.

A manhunt is underway for the shooter, Orem police officials say.

Sgt. Brian Luangsawsdi, Orem Police Department, told reporters at the scene the incident began at 6:53 p.m. Wednesday with a shooting at a church near the canal trail.

Orem dispatch confirmed to Gephardt Daily the shooting happened at 1780 N. 165 East, which is a ward house of The Church of Jesus Christ of Latter-day Saints.

Those shot were reportedly in a vehicle.

Officers were notified there was a shooting victim at 1274 N. State St., Luangsawsdi said. They arrived at the scene and found three people in a vehicle at that address.

One of the passengers was dead, Luangsawsdi said. The two others were critically injured.

“Two individuals were transported to local hospitals in critical condition, one individual was pronounced deceased on scene. Our detectives are investigating two active scenes right now.”

“Detectives have identified a possible suspect and are following up with those leads, Luangsawsdi said. “There is no danger to the public at this time.”

Names of the victims are not being released yet, he said, “due to it being an active investigation and the notification of the family members of those involved.

“The suspect is not in custody. We are actively pursuing the suspect right now.” 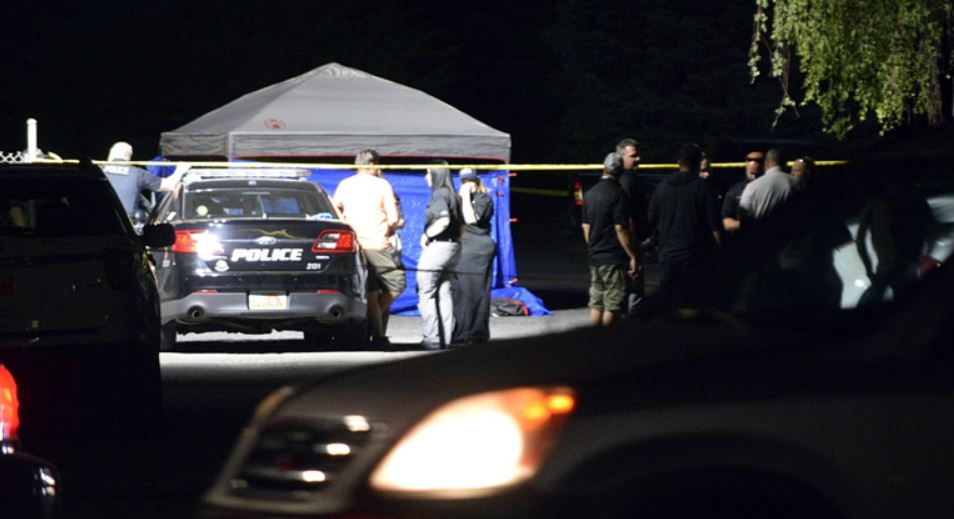 The suspect and at least one victim did know each other, Luangsawsdi said.

“It looks like it was a drug deal gone bad.”

Life Flight was brought in to transfer one of the victims to a local hospital, the officer said. The victims reportedly drove from the church location to where they were found on State Street.

The suspect is believed to be driving a white, four-door vehicle.

Utah County officials, Lindon Police and Orem police are the agencies on scene, Luangsawsdi said at about 9:30 p.m.