SUMMIT COUNTY, Utah, Oct. 19, 2017 (Gephardt Daily) — A 20-year-old man is in stable condition after suffering a gunshot wound to both legs when he was shot accidentally by his 12-year-old brother during an elk hunting trip in Summit County Wednesday.

Wright said the brothers were outside their vehicle when they saw an elk, and as they raised their rifles to shoot, the 12 year old accidentally pulled the trigger.

The bullet penetrated both of the man’s legs in the upper thigh area.

The victim was flown by air ambulance to an Ogden hospital. Wright said the man was going into shock, but as crew members worked on him, he was alert and talking, and is now listed in stable condition.

Wright said that because the victim was flown to the hospital before police arrived, deputies now will need to track down the brothers and any witnesses so they can be interviewed, but at this point it is looking like the incident was “a tragic accident.”

“It was an unfortunate incident and it’s one of those things where it’s easy to be critical but not necessarily understand exactly what happened,” Wright said. “I’m sure the younger brother was beside himself and I hope the family can heal from this incident.”

Completion of a basic hunter education course is required to obtain a hunting license in Utah if you were born after Dec. 31, 1965. 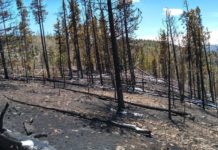 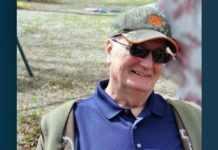