A probable cause statement from the 2nd District Court in Farmington said Oscar Cuevas-Landa is facing charges of murder, a first-degree felony, and aggravated assault, a second-degree felony.

The statement said that based on the current evidence, it appears Cuevas-Landa got a ride with the victim; they did not know each other.

At approximately 9:50 p.m. Sunday, emergency dispatch received calls regarding a body in traffic at approximately mile marker 321 on Interstate 15 northbound.

“Several witnesses had reported seeing a vehicle driving erratically in traffic and almost impacting the median,” the statement said. “A short time later witnesses stated a person or what appeared to be a body came out of the vehicle on the driver side. The vehicle then continued for some distance continuing to drive erratically before it came to a stop.”

A short time later Davis County made contact with an individual, later identified as Cuevas-Landa, in the area of State Street and Main Street in Farmington. He had no shirt and only one shoe.

“The subject stated the he was being robbed and so he had run,” the statement said. “The deputy observed the individual had blood on his hand, forearm and pants. The suspect was detained until the circumstances could be established.”

The deputies asked if the individual had any weapons on him; he stated he had a knife. When asked where it was he stated it was in the car. While the deputy was attempting to establish what was happening, the Cuevas-Landa spoke with Farmington PD, the statement said.

“The suspect stated he was going to West Valley and she was staring at him so he stabbed her,” the statement said. “The suspect also stated that he had been using either acid or LSD and smoking marijuana.”

The arresting officer responded to the scene where he observed a deceased female in lane one of the freeway. The female had suffered extensive injuries. A preliminary inspection by the medical examiner showed the presence of two wounds on the victim that were consistent with stab wounds.

“After being advised of his Miranda the subject spoke about the incident stating that he had stabbed the victim multiple times, unbuckled her seat belt, reached over and opened the door and then pushed the victim out the driver-side door from a vehicle moving at freeway speeds,” the statement said. “At the conclusion of the interview and during the collection of evidence the subject repeatedly mentioned killing the victim.”

The victim has not yet been identified.

Cuevas-Landa was transported to Davis County Jail, where he is being held without bail. 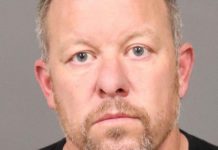 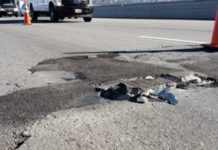