VERNAL, Utah, July 14, 2016 (Gephardt Daily) — Three men accused of raping a 9-year-old girl will go on trial for the crime, each facing one charge of first-degree felony rape of a child.

A fourth man charged in the case, stemming from a March incident, had charges against him dropped when a key witness — the child’s mother — could not be located to testify.

Those ordered Thursday by Judge Edwin Peterson to stand trial were Larson RonDeau, 36, Jerry Flatlip, 29, and Randall Flatlip, 26. Charges against Josiah RonDeau, 20, were dismissed with without prejudice, and may be refiled.

According to a police report, on March 27, the girl’s mother was visiting a friend she met while incarcerated, and she left her daughter asleep on the sofa to go to the garage and use methamphetamine.

The girl was reportedly held down and assaulted by the men, who were also staying in the house, and who threatened to kill the child if she told anyone. The girl did not tell her mother about the assault until two days later, according to the police report.

The mother provided the names of the suspects, who were later identified by the child from a photo lineup.

The men charged in the case pleaded not guilty.

The girl was taken into child protective custody, and is now in the custody of her tribe, according to law enforcement officials. 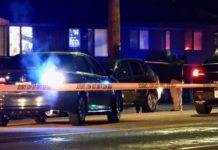 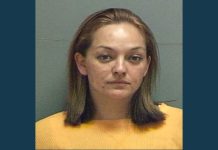