This video shows firefighting helicopters’ ability to scoop up water.

Weber County Public Information Officer Holin Wilbanks told Gephardt Daily that officials want to get the word out that these areas are once again accessible after being closed while fire crews battle the Avon Fire near Liberty.

The Avon Fire, which officials said was sparked at a gun range, started at about 3 p.m. Thursday, according to information from Utahfireinfobox.com.

The acreage as of 3 p.m. Friday was reported to be at 783, and zero percent contained. A post on the Weber Fire District Facebook page said that 80 firefighters — hand crews and with apparatus — have been working the scene. Also on scene were three water tenders and three helicopters.

Another fire in northern Weber County started about 2:40 p.m. Friday along North Fork Road near 7000 North.

Wilbanks said that fire burned only one to two acres and was quickly contained. The fire was extinguished by Friday evening, and crews were mopping up.

Avon Fire near Liberty, Utah
1 of 4 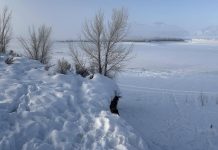 1 taken to hospital after falling through ice at Pineview Reservoir 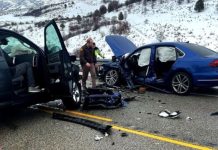 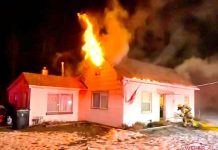