“Idaho State Police say the massive multi-vehicle crash in Island Park on Friday was caused by a semi-truck hitting a passenger car that was stopped due to low visibility in the eastbound lane of U.S. Highway 20,” the update says.

The crash occurred at about 3 p.m. just north of Island Park.

ISLAND PARK, Idaho (EastIdahoNews/Gephardt Daily) — Emergency crews were on scene for hours battling severe weather conditions that caused 20 to 30 vehicles to crash on US Highway 20 in Island Park on Friday.

The Fremont County Sheriff’s Office,  and several other agencies responded to the area where drivers were stranded in their vehicles on the extremely slick highway.

As of 8:45 p.m. Friday, it was unclear how many people were injured; however, video and photos shared with EastIdahoNews.com showed at least one semi-truck, a snowplow, and many other vehicles lined up along the highway.

“How bad is it in Island Park? ISP and Fremont County first responders are still working on clearing up a multi-vehicle crash in the area of US20 MP 397,” ISP tweeted around 8:15 p.m. Friday. “They have been braving the hazardous conditions for the past 5 hours.”

Highway 20 and Highway 87 are closed from Island Park to the Montana State Line.

Montana agencies assisting in the incident include Madison and Gallatin counties, and  West Yellowstone Police.

“It’s going to be a long night,” another ISP tweet said. “We express gratitude to our snow plow drivers and tow truck drivers who are out there with us.” 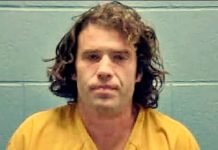