CEDAR CITY, Utah, Aug. 28, 2021 (Gephardt Daily) — A Cedar City man charged with the 2020 murder of his mother will proceed to trial, a preliminary hearing has determined.

Joshua James Glover, 33, has been incarcerated in the Iron County Jail since Sept. 5 of last year, when he was taken into custody following a high-speed police chase.

Glover had been identified as the primary suspect after human remains were discovered buried in the backyard of his 73-year-old mother, Kay Gosewisch, who had last been seen in April of 2020.

The remains were found under a freshly poured slab of concrete under an out building, according to police documents. The remains have since been confirmed through forensic testing to be those of Gosewisch.

Glover’s next court date, for his arraignment, is set for Oct. 4.

An obituary for Gosewisch described her as “a kind, sweet, gentle person, a good neighbor, very shy, but independent and wise, and she had a great sense of humor.

“Kay was an excellent dependable worker and was always on time and professional in her work,” the tribute continues. “She enjoyed her retirement and often prepared home cooked meals for her wayward son, Joshua.” 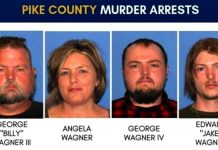 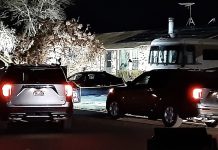