KAUA’I, Hawaii, Feb. 17, 2020 (East Idaho News/ Gephardt Daily) — The East Idaho News is reporting that Chad Daybell and Lori Vallow have left the gated community they have been living in in Kaua’i, Hawaii and are heading for Maui.

The two islands are some 224 miles apart and can only be accessed by plane.

Multiple sources tell EastIdahoNews.com the couple boarded a plane Sunday afternoon for Maui. It’s unknown how long they plan to stay or if they will return to Kaua’i, but law enforcement in Idaho and Hawaii say they are aware of the pair’s location.

On Saturday, Jan. 25, Madison County authorities filed a child protection order on behalf of missing children Tylee Ryan, 17 and her 7-year-old adopted brother, J.J. Vallow. The order required their mother, Lori Vallow to physically produce the children to the Idaho Department of Health and Welfare in Rexburg or to the Rexburg Police Department within five days of being served with the order. That deadline expired at 5 p.m. on Jan. 30, and there is still no sign of the children.

Lori Vallow and her newlywed husband, Chad Daybell, left Idaho after police conducted a welfare check on their home in November and were later found in Hawaii in January.

Lori Vallow and Chad Daybell are considered persons of interest in the case the children’s disappearance, but they deny any wrong doing and have not been arrested.

A timeline of events in the case, which seems to grow more complicated as time passes, follows below: 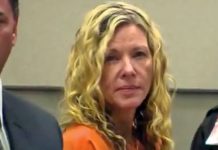