TOOELE, Utah, March 8, 2021 (Gephardt Daily) — Dixie, the Tooele dog believed burned in retaliation for a failed relationship, will be euthanized due to the severity of her injuries and low quality of life, her owner says.

This is a very hard thing for me to post and tell everyone but we are going to have to say our goodbyes to our sweet Dixie girl.

The hospital is basically keeping her alive her levels have gone down and those are improving but the surgeries that she needs to her eyes, ears, and abdomen are going to be very hard on her and she may not make it out of them… the tissue in her eyes are so badly burnt its very damaged so she would be losing her eye sight completely and their is no healthy skin to be able to do a skin graft on her abdomen where she is very badly burnt.

The average red heeler life is any where between 12-15 years and they are only giving her 12-18 months to live and that will be with her being in the hospital for a long period of time and after that always being in an out of the hospital. She will not have a good quality of life and she would not be able to go outside and do the things a regular dog is suppose to do and be capable of.

Our hearts are so broken and we have no words, this is news that we didn’t want to hear. We are at a loss, we were praying so hard that she would make it out of this because she didn’t deserve any of this to happen to her. She is suffering and we can’t continue to let her suffer… we love you so much Dixie and just know you are always in our hearts. I’m so sorry this had to happen to you baby girl.

Thank you to everyone for all your support and love, thank you for all of donations that have been coming in. We are more blessed than ever with what everyone has done for her and for us. We can’t even put it into words how grateful we are. All the money that has been donated we will be passing onto the hospital and other resources that help abused animals.

Michael Busico, 40, who used to date the mother of the dog owner, was arrested last week in the case, and faces charges of:

Tooele Police officers were dispatched on March 1 on a theft call after a report that Heywood’s dog disappeared after a visit from her mother’s ex-boyfriend, said a probable cause statement.

“When the victim returned, she noticed her dog was gone. The dog was on the victim’s property within an enclosed fence. The victim stated her dog had been stolen and there was probable cause to believe that Mr. Busico had stolen the dog in retaliation to their failing relationship.”

Later the same day, an officer was dispatched to 9500 W. Frontage Road, Magna, north of Interstate 80, on a report that a dog had been set on fire.

“A witness on scene described a male fitting the arrestee’s description fleeing the scene in a green Toyota Tacoma. After a while, the dog was located with burns on it’s body,” the officer wrote, speculating that vet bills would be in the thousands of dollars.

“Through investigation, it was found that the arrestee was in a dispute with the mother of the victim over $1,200 dollars and a past relationship that had ended. The suspect’s vehicle was located at the arrestee’s father’s residence.”

Busico was booked into jail on March 2, and remains incarcerated as of March 8.

Animal Services would like to remind pet owners that violence against their pets by a loved one is a serious issue and asks that these cases be reported. To report an animal abuse or cruelty case call 385-468-7387 or email animal@slco.org. 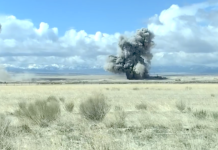 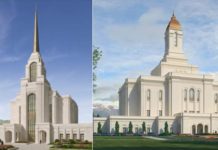