According to Draper PD, officers conducted an “undercover operation” last weekend which “resulted in 37 arrests, primarily for trespassing after 10 p.m.”

Thursday the police department announced it will be assigning patrol officers to the area on a regular basis.

“We ask the community to be aware of persistent issues our department has been responding to after hours at Corner Canyon High School,” the Draper police said.

“Minors congregating on school property late in the evenings have been involved in violations including reckless driving (with injury), arson, discharge of an explosive device, fights, underage drinking, and loud music.

“We are concerned about the safety of the youth involved and in preserving peace for the surrounding neighborhoods. As a result, we have assigned officers to regularly patrol the area and have implemented a zero tolerance policy to any violation. Citations will be issued.

“We have also been working with the school district, and plans are in place to install gates at the school to try to limit access. Canyons School District will be communicating about this matter district-wide as it has become a gathering spot for youth from multiple schools in the valley.

“Please talk to youth in your household and others that you interact with to inform them of this and help us keep everyone safe.” 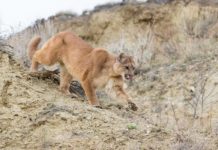