Home Local Utah News Felony charge filed in Duchesne County mail theft case
Facebook
Twitter
Pinterest
WhatsApp
DUCHESNE COUNTY, Utah, Dec. 3, 2017 (Gephardt Daily) — A Salt Lake County man with a recent conviction for forgery has been charged with felony mail theft in Duchesne County, officials said Sunday.
The charge filed against Russell Curtis Young, 51, last week in 8th District Court is a second-degree felony, according to a news release from Duchesne County Sheriff’s Office.
Young is accused of stealing two voided checks from a Duchesne County man’s mailbox in August, the news release said. The voided checks were being sent to a pair of oilfield companies to set up direct deposits into the victim’s bank accounts, according to court records.
One month after the mail theft, the victim learned someone using the name Russell Young had attempted to cash one of the stolen checks for $9,010 at a bank in the Sugarhouse area.
“The check had handwriting over the word void in the pay to order of line and void on the dollar amount box on the check,” Duchesne County Sheriff’s Detective John Crowley wrote in a sworn statement used to obtain a warrant for Young’s arrest.
The victim’s last name was misspelled on the check’s signature line and there was a fingerprint impression on the check, Crowley wrote. He was able to obtain a copy of the identification used by the person who tried to cash the check, which led the detective to a photo of Young.
Crowley showed the photo to three witnesses in the case, who said they recognized the man as a “homeless looking individual that was in the Tabiona and Hanna area of Duchesne County, Utah, during the time frame of [the victim’s] mail being stolen,” the detective wrote.
Crowley tracked Young down at the Salt Lake County Jail. Young, who told the detective he is homeless, denied any involvement in the mail theft.
Young has used multiple aliases in the past, according to court and jail records, including Steven Baron, Scott Austin Causey, Curtis Russell Young, Melvin Dennis Young, and Stephen Allen Young.
In November, Young pleaded guilty in 3rd District Court to forgery and failure to stop at the command of police, both third-degree felonies. The Salt Lake County District Attorney’s Office also filed two new cases againt Young in November with a combined five felony counts of forgery, four misdemeanor counts of theft by deception, one misdemeanor count of providing false information, and one misdemeanor count of obtaining another person’s identifying documents.
A judge has issued a $1,000 cash-only warrant for Young’s arrest in the Duchesne County case. The warrant is intended to prevent Young from being released from the Salt Lake County Jail before he makes his first court appearance on the mail theft charge. 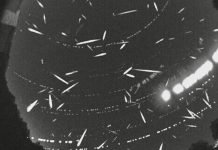