SPANISH FORK, Utah, Dec. 4, 2018 (Gephardt Daily) — A former Spanish Fork police officer has been charged with voyeurism after he allegedly took explicit photos of a female acquaintance while she slept, as well as recorded video of her through the blinds at her home.

A probable cause statement issued on Nov. 14 said it was reported to the Utah County Sheriff’s Office that Foster had sexually abused the woman. She told police that he was at her residence and she was asleep, and when she woke up he was making unwanted advances toward her. She told police that Foster has taken intimate photos of her while she was sleeping, and also stole items of her underwear.

“She has never given Aaron consent to take the photos,” the statement said.

The woman also has a protective order against Foster, prohibiting him from having contact with her.

After being read his Miranda rights, Foster told detectives he had taken photos of the woman.

“He also admitted to video recording her through the blind from the outside of her home,” the statement said.

Foster was booked into Utah County Jail. His bail was set at $10,000 cash only, but has since been revoked.

The second probable cause statement said that on Nov. 27, detectives were informed that Foster had contacted his mother and a roommate by phone while in jail.

“He had asked them to contact the victim and tell her to drop the charges or to give them (police) $10,000 cash so he could bail out,” the statement said. “The conversations were recorded by the jail phone system. The victim confirmed that she had been contacted by Aaron’s mother and was told that Aaron wants her to drop the charges.”

The victim also disclosed that Foster had attempted to rape her on two occasions during the summer of 2017.

“The victim had expressed to Aaron several times that she did not want intimacy from him or for him to even touch her,” the statement said. “She stated she repeatedly told him no and to get off her. She stated he only laughed at her.”

Foster is now being held without bail.

Because Foster was a Spanish Fork police officer from 2007 to 2010, the case was turned over to the Utah County Sheriff’s Office. 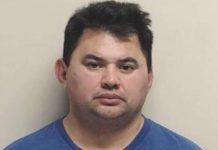 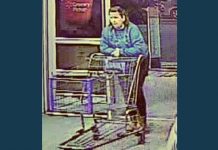 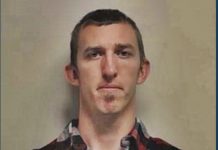