“Justice Ruth Bader Ginsburg was a force of nature. She had a keen intellect and a tremendous work ethic. She broke through countless barriers, shattering ceilings and leading the way for women to have more involvement in government. She was a true pioneer in every sense. Justice Ginsburg gave tireless service well beyond retirement age and had a tremendous impact on our nation. Jeanette and I send our sincere condolences to her family.”

Justice Ginsburg died Friday of liver cancer. She had been treated for the disease in 2019 and announced two months ago that it had returned.

She is survived by children: Jane Carol, 63, an attorney, and James Steven, 53, a music producer. 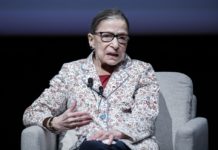 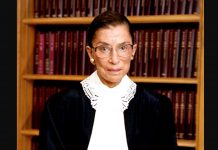