Thomas Robbins, 65, admitted as part of his plea agreement that he “induced victims to invest more than $10 million in a fraudulent foreign currency day-trading business beginning in 2016 and ending in early 2020,” according to a news release from the Department of Justice District of Utah.

According to the plea agreement, Robbins told investors he had achieved high returns in his foreign day-trading business when, in fact, he lost millions of dollars and diverted investor money for his personal use.

U.S. Attorney John W. Huber referred to Robbins as “a classic example of a Utah fraudster.”

“Like-minded swindlers should take note that they are on the radar screen, and we will hold them accountable,” Huber said. “For Utah investors, we strongly encourage healthy skepticism and due diligence before parting with your money.”

“We hope this latest sentence will finally send a message to Thomas Robbins and others
like him that fraud doesn’t pay,” Haertel said. “Financial crimes are not victimless. A scam can devastate innocent people whose life savings are usually never recovered.

“The FBI and our partners will never turn a blind eye to those who deceive and betray people’s trust out of greed.” 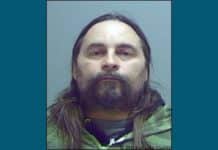