SANDY, Utah, June 14, 2018 (Gephardt Daily) — Crews rescued a dog and two cats from a house fire in Sandy that also damaged the exterior of an adjacent residence.

And in what paramedics said was a first for them, the two injured kitties were transported to an emergency veterinarian by Gold Cross Ambulance.

Sandy City Fire Captain Ryan Lessner said crews were dispatched on a report of a residential structure fire in the area of 190 E. Handcart Way (8400 South) at approximately 8 p.m.

“Upon arrival, they had a large amount of fire on the whole front side of the house that’s affected,” Lessner said. “The fire got knocked down in about 20 minutes, they made entry to perform search and rescue and identify if there were any victims inside, or any pets.”

No one was home, but firefighters rescued one dog and two cats. The dog was not hurt but the cats were injured and needed oxygen.

The home adjacent to the residence where the blaze originated sustained exterior damage, and additional crews worked to make sure the fire did not spread to inside of the second home.

Lessner said the decision to go to the second alarm was based on the amount of fire and the fact that the blaze was affecting the second structure.

The Utah Red Cross responded to help the two families displaced by the fire.

Firefighters will remain at the scene until morning to ensure the fire is fully extinguished. “We’ll be here all night,” Lessner said. “We want to make sure this doesn’t start back up.”

Investigators are on scene working to determine the cause of the fire.

Lessner said at this time there is no exact estimate on damages.

There were no injuries to firefighters. 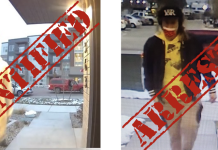 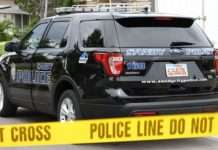