The vigil was held outside The Eleanor Rigby apartment complex at 125 S. 300 East; Natalie Thurber was shot there inside.

Nicole Young, who called herself a sister of the deceased woman, spoke to Gephardt Daily.

“She wasn’t my sister by blood, but by golly she was my sister,” Young said. “She deserves to be honored, and remembered; celebrated. My husband and Natalie had been friends since first grade, and I met her in high school. Just high school friends; we lost touch with each other a couple of times but every time we’d catch up, it’s like we talked the day before. It rips at the fabric of my soul. She was part of my daily life, and not having that is… a piece of me died that morning.”

Thurber worked for Amazon, but she had her own crafting business making pieces with wood and vinyl, Young said.

She added that she hopes that women facing domestic violence will speak up and say something.

“It’s not weak, it’s strength,” she said. “It’s shocking, she had no idea. The biggest thing I want people to know is how incredible she was. You could hear her laugh across a super crowded loud room, very distinctly. You could be with her and if you were in the worst mood ever, you weren’t by the time you were with her for five minutes. She was very sarcastic, and such a bad ass. She wouldn’t BS you; if you asked her a question you had to be prepared for the answer.”

A fundraiser has been set up on Facebook by Young to benefit the Utah Domestic Violence Coalition at the request of Thurber’s family.

Thurber, age 34, was found at the apartment complex early Monday with a fatal gunshot wound to the head, after Salt Lake City police dispatch received a phone call from an open line at that location.

According to a probable cause statement filed in 3rd District Court of Salt Lake City, when officers arrived, they then heard two gunshots from inside the apartment complex.

One of the shots hit an officer in the lower leg, the statement said.

Michael Tyson Nance, 30, was later arrested. According to the statement. Police say Nance fatally shot Thurber, then shot at the officers upon their arrival, before turning the weapon on himself in a botched effort to commit suicide. Nance then fled the scene.

SLCPD dispatch received another call reporting that a male, later identified as Nance, was at the Salt Lake City Fire station, at 500 E. 200 South. Fire department personnel were treating Nance, who was bleeding heavily from the face.

Nance was transported to the Intermountain Medical Center, where doctors said his wound appeared to be self-inflicted. He has since been released from the hospital and booked into jail.

He is facing charges of:

The officer who was shot had non-life-threatening injuries and was treated and released from the hospital. 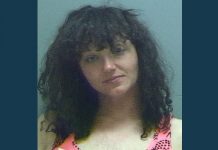 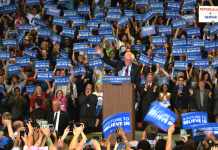