A statement on the Governor’s personal Twitter account, as opposed to his official government account, says: “Recently, a former campaign employee revealed to us that she believed she was the victim of sexual misconduct by our 2020 campaign manager Austin Cox (no relation). Following this discussion, we placed Austin on administrative leave and engaged an outside firm to conduct an independent investigation.”

The investigation, which concluded this week, substantiated the woman’s claims and also found “previously unreported hostile conduct towards select members of our team,” the statement said. Although the investigation found that there was cause for Austin Cox’s termination, he resigned from his position prior to its completion.

“I was devastated to learn of this violation of trust and deeply saddened by the pain it has caused,” Gov. Cox said. “I have apologized to the victim of this misconduct and other campaign staffers who experienced this harmful work environment. I take full responsibility for the failure of the campaign’s policies and procedures to prevent this from happening. The Lt. Governor and I condemn this behavior in the strongest terms and will not tolerate any form of sexual misconduct. We will do everything possible to make sure this never happens again.”

Lt. Gov. Deirde Henderson added: “This brave woman brought her experiences to light despite tremendous risk and personal hardship. It took incredible courage for her to speak up. We hope that any other victim of sexual or workplace misconduct knows that they have advocates and allies in us.”

No other details were immediately provided.

Austin Cox posted a video to YouTube in April announcing his bid to be named vice chair of the Utah Republican Party. A website set up for the same purpose says of Cox: “Prior to serving Governor Cox, Austin worked both in the administration of Governor Gary Herbert, and for the 2016 Herbert for Governor campaign. Austin has a degree in political science and a minor in campaign management from the University of Utah. He was born in Utah County and is a lifelong Republican.” His bid was not successful.

Gephardt Daily will have more on this developing story as information is available. 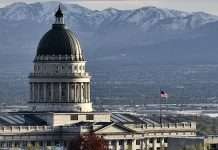 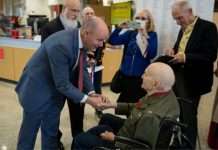