ELKO, Nevada, May 8, 2022 (Gephardt Daily) — Leaders and members of The Church of Jesus Christ of Latter-day Saints gathered for a groundbreaking ceremony Saturday at the site of the planned Elko Nevada Temple.

The 10,000-square-foot temple will be built on the 5.2-acre site adjacent to the southeast corner of Ruby View Golf Course, 2100 Ruby View Drive, according to a news release from the church.

“We are thankful for the blessing of a temple in Elko, and for the many faithful souls, past and present, who for many years have traveled great distances to other temples to receive sacred ordinances … and who have prayed for the day when a temple would be built in Elko,” Elder Paul B. Pieper of the church’s Quorum of the Seventy stated in the news release.

The temple will serve Latter-day Saints from northeastern Nevada and surrounding areas, according to the news release. Nevada is home to nearly 183,000 Latter-day Saints in 362 congregations, the release states.

Latter-day Saints consider temples to be the most sacred places of worship on earth, the news release states. The primary purpose of temples is church members to participate in sacred ceremonies, such as marriages, and proxy baptisms on behalf of deceased ancestors, the release states. 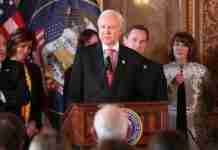 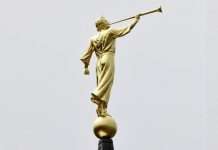