A probable cause statement from the 2nd District Court of Davis County said Robert Dee Weight, 47, is facing four charges of theft by receiving stolen property, a second-degree felony.

Weight was detained Saturday after he was found shoplifting at 1150 N. Main St. in Layton City. He was read his Miranda rights, and stated he understood his rights and spoke with patrol officers. He was transported to Layton Police Department for questioning on an unrelated crime he is suspected of.

On Dec. 14, the North Davis Metro SWAT team assisted Davis Metro Narcotics Strike Force and Homeland Security Investigations with serving a knock-and-announce warrant at Weight’s residence on North Celia Way in Layton. Those organizations had probable cause against Weight for charges of distribution of controlled substances. A warrant had been obtained by Homeland Security Investigations and would be served once the house was cleared and released by the narcotics strike force.

Another search warrant was obtained to search the garage, residence, and curtilage of the property. The following allegedly stolen property was seized: a silver 2006 Honda Accord LX, stolen out of Roy; a gray 2017 Jeep Wrangler Unlimited, stolen out of Salt Lake City; a blue 2016 Polaris RZR with a single axle trailer, stolen out of Kearns; and a blue 2017 Yamaha TT-R110E motorcycle/dirt bike, stolen from Willard.

After being read his Miranda rights, Weight said a friend of his had brought the Honda and Jeep to his property but he didn’t have any communication with his friend about the vehicles.  He said the Yamaha dirt bike was given to him by a friend to work on and the RZR was left on his property approximately three days prior to the warrant being served. Weight said he didn’t know the property was stolen but couldn’t provide any information about the two friends.

It’s not clear what charges he may face in connection with the alleged distribution of controlled substances.

Man allegedly bought hundreds of stolen items cheap, sold them for over $150K 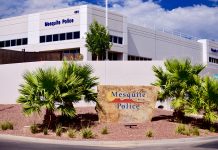 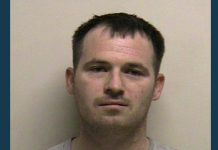 Payson man charged with 10 counts of exploitation of a minor