LOGAN, Utah, Feb. 4, 2021 (Gephardt Daily) — A Logan man has been arrested on multiple felony sexual exploitation of a minor charges after allegedly sending explicit messages and images to a 15-year-old boy on Facebook.

A probable cause statement from the 1st District Court of Logan said Bradley Drew Sorenson, 55, is facing charges of:

On Nov. 23, an officer began investigating an Internet Crimes Against Children case, the statement said. The case was submitted via the National Center for Missing and Exploited Children CyberTipline by Facebook. In the NCMEC report, Facebook provided the names and emails associated with the Facebook accounts.

The suspect’s address was verified using the Utah Sex Offender Registry as he has a previous conviction in Idaho of sexually abusing a juvenile.

On Tuesday, a search warrant for Sorenson’s residence was completed and served. The suspect was taken into custody and interviewed.

The statement added: “Bradley never indicated from the messages he wanted the conversation to end or mentioned how it was inappropriate.”

Sorenson was transported to Cache County Jail, where he is being held without bail. 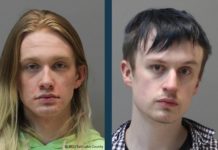 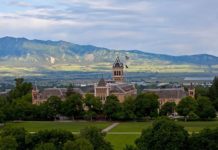