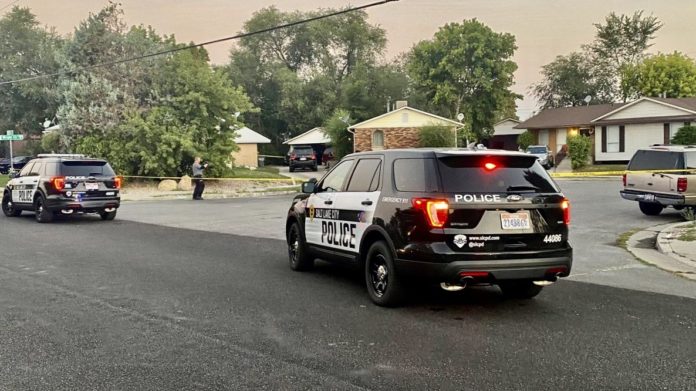 SALT LAKE CITY, Utah, Sept. 6, 2021 (Gephardt Daily) — Salt Lake City Police are asking for the public’s help in finding the suspect or suspects in a Monday morning shooting which sent a man to the hospital in critical condition.

Officers were called to a home near 1625 Wright Circle at 6:18 a.m. with reports of shots fired. When police arrived, they a found a man suffering from at least one gunshot wound.

“We are investigating a shooting near Redwood Road & 500 South,” SLCPD tweeted.

“Paramedics transported one victim, a male in his 50s, to an area hospital in critical condition. The motive to this shooting is unknown. We will provide details on the suspect as they are confirmed.”

In a second tweet posted a few minutes later, SLCPD said, “We are asking community members to call 801-799-3000 if they have any information, photos or video on this shooting and reference case number 21-162040.

“Our investigation is in the very early stages and updates will be provided.”

There are unconfirmed reports the victim was sitting on his porch when he was shot.