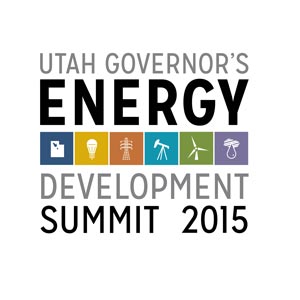 The report, entitled Energy & Energy-Related Mining in Utah: An Economic & Fiscal Impact Assessment, was commissioned by the Governor’s Office of Energy Development. The report was produced by Las Vegas-based Applied Analysis, which used IMPLAN, a tool to model the direct, indirect and induced impacts of the state’s energy sector.

According to the report, the petroleum refining sector accounts for the largest portion of the energy economy ($7.2 billion), followed by oil and gas production ($5.2 billion) and electricity generation ($4.2 billion).

“The energy sector is the 15 percent of the economy that fuels the other 85 percent,” said Gov. Herbert. “It is a critical industry we must work to grow which is why it has been one of the four cornerstones of my administration and will continue to be.”

The full report is available online at energy.utah.gov.

The announcement was made at the fourth annual Governor’s Utah Energy Development Summit, presented by the Governor’s Office of Energy Development at the Salt Palace Convention Center. This year’s event featured Gov. Herbert, Gov. John Hickenlooper of Colorado, and keynote remarks from Greg Goff, CEO of Tesoro; Jack Gerard, CEO of the American Petroleum Institute; and Jonathan Weisgall, VP of Legislative & Regulatory Affairs for Berkshire Hathaway Energy. The summit drew an estimated 1,000 attendees.