Rossi already had been charged with a sexual battery in Orem in 2008.

Rossi was arrested in Scotland in January of this year, and Utah County officials have filed for extradition, according to reports.

Rossi, 35, who says his name is Arthur Knight, is also charged in Scotland with aggressive behavior against a medic.

According to the probable cause statement for the Salt Lake County case, a woman began dating Rossi after meeting him online when she was 26.

The alleged victim said Rossi seemed nice, but he “was also manipulative, had no job, and convinced her to loan him money that he did not repay,” the probable cause statement says.

The statement says Rossi was emotionally and verbally abusive. He and the alleged victims talked marriage and bought rings, but after an argument, Rossi trapped the woman in his bedroom, forcibly held her down and raped her, the affidavit says.

The Salt Lake County Attorney’s Office says a no-bail warrant for the arrest of Rossi has been issued due to a concern he might flee if freed from prison in Scotland.

“During this investigation, Agent Coats discovered that the defendant has had numerous contacts with law enforcement that include being accused of theft by an old roommate to being involved in criminal cases of sexual assault, harassment and possible kidnapping in Rhode Island, Ohio, Utah and Massachusetts,” the probable cause statement says.

“In each case, there is a consistent pattern of behavior where the defendant will meet a female online, he will initially meet with them in public, eventually going somewhere alone with the female, and he will initiate some inappropriate contact, leading the female to want to leave.

“The defendant will either threaten to commit suicide or will force a non-consensual sexual encounter. When the defendant is confronted by law enforcement, he says the female is the aggressor in each case. 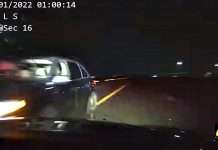 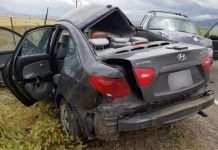