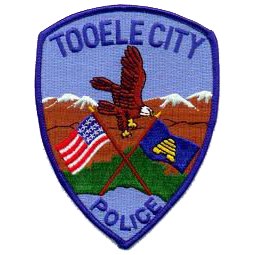 TOOELE, UTAH – June 5, 2015 (Gephardt Daily) – Tooele City Police have released the body camera footage of an officer shooting and killing a family’s pit bull while responding to a domestic disturbance.

Police say the  footage has an incorrect date due to a camera programming error, but clearly shows what happens as an officer approaches a residence at 323 North Main Street and walks around the back of the home.

At first, a woman can be heard screaming.

The officer calls out to her a few times as he enters the backyard through an open gate.

Moments later a dog run from behind the porch and bites the officer on the hand.

After shooting the dog, the woman agrees to talk to officers, but is heard repeatedly saying her boyfriend is going to kill her over the dog’s death.

She told officers that the fight started over a missing part to a friend’s gun.

According to Officer Tanya Turnboe, Tooele City Police, the original call to 911 came from a neighbor who said that she was worried her neighbors were going to kill each other.

Police indicated that while it is usually common procedure for more than one officer to respond to this type of call the officer felt the circumstances were too urgent to wait for them before approaching the home.

Department records show a past report of the dog attacking another dog in the neighborhood back in September, 2011.

The officer was later treated and released from a local hospital for the bite to his hand.

The case has been referred to the Tooele City Attorney’s Office for charges of Assault Related to Domestic Violence.  The suspect, and owner of the dog, is identified as John Isolampi.