The Inauguration and Oath of Office Ceremony for Mendenhall will be held outside on the east steps of the Salt Lake City & County Building, at 451 S. State St. at noon on Monday, Jan. 6, said a press release from the SLC Council.

Monday morning at 9 a.m., Biskupski posted the following on Facebook:

30 years ago I came to Utah for a ski trip and I never left. Salt Lake City is where I found my family, my purpose, and my voice. For nearly 20 years, it has been my privilege to serve the people of this city, with the last four years as mayor being the greatest.

I leave this job full of gratitude.

I am truly grateful to the many people who lifted me up along the way. To those who helped me fulfill my vision, particularly my team at the city who worked every day to build a city for everyone.

I am grateful to the people of Salt Lake City who time and again have shown their willingness to do what is right even when it is hard.

And of course, I am grateful to my family. Betty, Archie, and Jack, who have loved me unconditionally and for whom I would do anything.

Four years ago I swore an oath to serve and defend this city. With the support of residents, my team and I set out to address issues that were hard but that would help make this place stronger.

Together we created thousands of new units of affordable housing, spaces of hope and opportunity.

We moved forward large infrastructure projects that will keep SLC resilient for years, including a multi-year road reconstruction plan.

We established ongoing sources of funding for housing and transit, recognizing the central role both play in an equitable city.

We made SLC a national leader in the effort to transition to 100% clean energy — and helped 20 cities in Utah to do the same.

And, we spoke up and defended our city’s value as a welcoming place, at a time when this nation needed it most.

I was inspired to get involved in Utah politics after a group of high school students at East stood up for their right to form a gay-straight alliance. Through my years of public service, I have never forgotten their courage and the example they set for us all.

The public is invited to attend Monday’s ceremony, which can also be viewed indoors on the third floor of the City & County Building, on SLCTV cable channel 17, or from a computer by clicking here and selecting “watch SLCTV live.” Andrew Johnston, Ana Valdemoros and Dan Dugan will also be sworn in as council members. 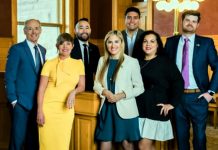 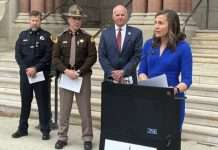 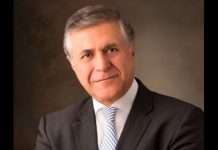