SALT LAKE CITY, Utah, May 18, 2020 (Gephardt Daily) — Jill and Matt McCluskey and their attorneys held a press conference Monday afternoon after the allegations emerged that an officer viewed explicit pictures of their daughter, Lauren, which were sent to him as evidence while he was working for the University of Utah, and that he saved the images to his personal phone.

That officer is now working for the Logan Police Department, which is launching its own internal investigation.

A news release from Logan Police Department Sunday afternoon said: “This morning The Salt Lake Tribune published an article reporting an officer from our department, who at the time of the alleged offense was an employee of University of Utah Police Department, allegedly showed explicit photos of a female victim who was being extorted for money, to at least one U of U police coworker. According to the article he was the assigned investigating officer and he received photos as evidence through email from the victim and was allegedly stored on the officer’s phone.”

The Salt Lake Tribune’s article can be read here.

McCluskey’s family had already filed a multi-million dollar lawsuit against the U of U, claiming the university police force ignored their daughter’s repeated pleas for help in the days prior to the shooting.

At a press conference Monday afternoon, the McCluskey’s attorney Jim McConkie said their lawsuit has now expanded in scope.

“Instead of being focused solely on the issue on what should the U have done to protect the young woman when she was in danger, and respond to her pleas, the focus now also shifts to a university who has an employee who has himself exploited the victim.”

Attorneys for the McCluskey family have agreed they will not file a new complaint, which has been drafted, until the matter has been mediated on Tuesday and Wednesday of this week. Attorneys for the McCluskey family said they hope that the matter can be concluded in mediation. Any settlement received would go to a non-profit organization set up by the family to promote campus safety at the U and other universities.

“If the mediation is not successful, then the facts of the case as the public knows them today will be included in that lawsuit, and we hope we can bring about complete transparency,” McConkie said.

The McCluskey’s attorneys said they and their clients believe the officer, named as Miguel Deras at the press conference and in multiple media reports, should not be serving on any police force in the state of Utah.

Jill and Matt McCluskey also spoke at the press conference, from their home in Pullman, Washington.

Jill McCluskey said: “We are saddened that an officer at the University of Utah campus police did not take our daughter Lauren’s report seriously that a man was extorting and stalking her. She expected officer Miguel Deras to arrest this man when she provided evidence against him. It would have been straightforward to detain him (Rowland) since he was a felon on parole. The University of Utah kept delaying action. Lauren called the Salt Lake City police twice, because the campus police were not doing anything.

“It turns out the only thing officer Deras did was download the photos that she provided as evidence to his personal phone for his own enjoyment. The person who was supposed to be providing police services to Lauren instead was exploiting her. I wish he had taken time to arrest Lauren’s killer rather than ogling at her image. We hope something is done.”

Matt McCluskey then added: “It took a lot of courage for Lauren to send evidence of extortion to the police. For that and so much more, I’m proud of Lauren. She trusted the campus police as students must, to take appropriate action. Lauren’s trust was betrayed by the officers who were sworn to protect her. This latest revelation, made long after Lauren’s murder of October 2018, makes me wonder how much misconduct remains undiscovered. The officer’s behavior was not isolated. It stemmed from a culture that did not take women seriously, and refused to hold individuals accountable. For the sake of their students, the university needs to finally take responsibility.”

On Sunday evening, the University of Utah released a statement saying campus police completed an internal affairs investigation in February and found no evidence that Deras “bragged or shared any image from the investigation that wasn’t considered a legitimate law enforcement reason.”

The statement added: “This was based on interviews with multiple officers who would have been present at briefings during this time period. No officers, currently or previously employed, ever reported this at the time of occurrence. Because there was no finding, the incident was not reported to POST at the time.”

The statement concluded: “The department has changed its processes for collecting and storing evidence of this nature to ensure this isn’t an issue moving forward.” 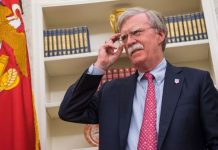