Sgt. Richmond, with the Murray Police Department, said the incident happened at about 8:30 p.m., when the robbery victim met with two men for the purpose of selling a cellphone.

“Two white males met with the victim, then grabbed the phone,” Richmond told Gephardt Daily. “The get-away driver was trying to drive away as the others were getting into the vehicle.”

A bystander witnessed the robbery, Richmond said, and the bystander got in front of the vehicle in an attempt to prevent the suspects from leaving.

Sgt. Richmond had no immediate information regarding the condition of the bystander who was struck by the car, but it was not believed to be serious.

She said the get-away vehicle was a gold Hyundai Elantra with Utah license plate 6C7TU.

Other Stories of Interest:  Murray police searching for woman in connection with theft case

The victim was robbed and the suspects left in a vehicle, but officials do not have a description of the car.

Anyone who has any information about either of these incidents is asked to call Police Dispatch at 801-840-4000.

Asked if he had any advice for people who plan to meet a stranger to buy or sell an item, Longman said: 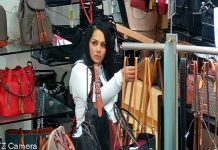 Murray police searching for woman in connection with theft case 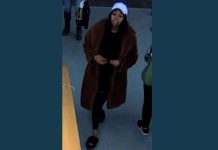