“We had some type of altercation in the parking lot of Winco,” said Danielle Croyle, executive officer with South Salt Lake Police Department. “A weapons disturbance where multiple gunshots were heard.

“There is a deceased male in the roadway on Main Street, just south of Utopia,” Croyle said at the scene. “We have crime scene investigators out, we have our detectives out following up on leads.”

No suspects are in custody as yet, and police believe the fatal incident “stems from some type of altercation that may be just isolated,” Croyle said.

“Indications at the scene pointed to either gunshots or the man was hit or run over by a car. Or both.”

Exact cause of death will be sorted out by the state medical examiner. “All we can say for sure now is there were reports of multiple gunshots and an altercation in the Winco parking lot that lead into the roadway.”

Anyone who may have seen or heard anything is urged to call South Salt Lake Police at 801-840-4000. Callers can remain anonymous.

Croyle said the scene is active, and Main Street will be shut down possibly into the early morning hours of Tuesday for crime scene processing. Drivers were advised to use an alternate route. 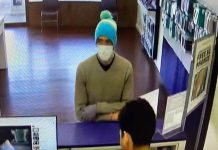 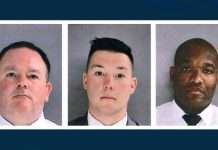