CLEARFIELD, Utah, Dec. 7, 2020 (Gephardt Daily) — Clearfield police are investigating what they believe to be a suspicious death Monday night.

According to a news release from Clearfield City Police Department, a 911 call was received at 2:18 p.m. Monday, reporting a deceased adult male at a home in the area of 300 N. Bruce St.

Officers and detectives responded and confirmed the death of a man in his 50s.

They determined that “circumstances surrounding the death were not consistent with a natural or self-inflicted death,” the news release states.

Officers secured the property and applied for and obtained a search warrant for the home. The investigation is still active late Monday night, and investigators are not releasing any further information at this time.

Police are asking anyone who saw or heard anything suspicious in the area between Saturday, Dec. 5, through Monday to call the Clearfield Police Department at 801-525-2806.

North Davis Fire District, Davis County Sheriff’s Crime Lab, and the Office of the Medical Examiner are assisting with the investigation.

Fire causes $100k in damage at business in Clearfield 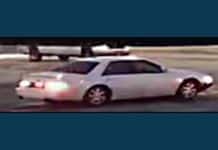