All three involved were taken to a hospital for evaluation, Vainuku said. Their ages were not immediately available. The victim was male, and Vainuku said she believed the suspects were male as well.

“We are investigating the possibility of this being gang related,” she said. “The suspects have very minor injuries. The victim’s injury was slightly more significant because, of course, it was a puncture to the torso.” 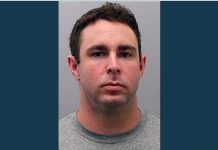