PRICE, Utah, Sept. 5, 2018 (Gephardt Daily) — A woman was arrested after a traffic stop in Price which yielded $2,600 in cash and  large amounts of multiple drugs.

A subsequent search of the vehicle allegedly revealed $2,602 in cash, 2.31 ounces of methamphetamine, 1.55 ounces of heroin, 1.14 ounces of marijuana, six different types of prescription pills, including opiates, and numerous items of drug paraphernalia.

Also found were three Utah Horizon Cards for food stamps, not belonging to Noyes, and a journal detailing, among other things, Noyes’ business dealings relating to drugs.

Noyes also told the officers she has no job or source of income.

Noyes was arrested and booked into the Carbon County Jail, and charged with felony level possession with intent to distribute methamphetamine, heroin, marijuana, and prescription pills. The Carbon County Attorney’s Office will review the report to determine the appropriate formal charges to file against Noyes.

According to court records, Noyes has 10 previous arrests, most for drug related issues. She has two previous distribution cases before the 7th District Court, one in March 2018 and one in July 2018, and in both cases she was released on her own recognizance pending court proceedings. 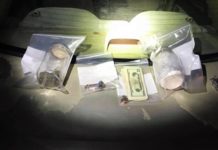 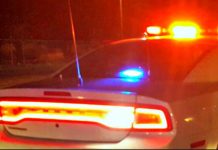