“The homeowner had started up his barbecue, and from what he described, it sounded like there was some kind of barbecue failure,” McConaghie said.

Officials were still investigating the cause of the fire Sunday, but the homeowner described “a big whoosh that turned into a fireball after he turned it on,” the deputy fire chief said.

The three residents and their dog were able to escape the home safely, and no firefighters were injured, McConaghie said.

It took firefighters about 30 minutes to extinguish the fire, McConaghie said. Crews from the Sandy, Draper, South Jordan and West Jordan fire departments and Unified Fire Authority assisted in extinguishing the fire, he said. 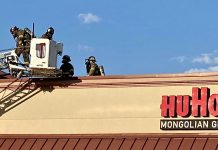 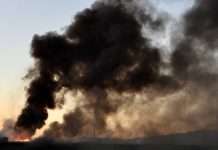