DAVIS COUNTY, Utah, Oct. 21, 2020 (Gephardt Daily) — A Roy High School teacher was arrested on felony charges Wednesday afternoon after Davis County Sheriff officials say he allegedly tried to entice an officer he had communicated with and believed to be a 13-year-old child.

Allen was listed on Roy High’s website as of Wednesday night as a teacher of digital media.

He was arrested at 1:30 p.m. Wednesday, his probable cause statement says.

“Brady is a high school teacher and has arranged to meet a child for sex,” says the statement, filed by an officer of the Davis County Sheriff’s Office.

“On 08/20/2020 I conducted an undercover operation as I participated with the FBI child exploitation task force, and portrayed myself as a 13-year-old child. During the chat, I utilized a popular chatting application and was contacted by an individual who was identified as Brady Allen.

“Brady engaged in highly sexual conversation, asked for nude images of the child, and also arranged to meet the child for sex.”

Allen allegedly arranged a meeting for Wednesday, and was arrested when he reached the agreed-upon meeting spot in Layton.

“I arrested Brady and he fully admitted to talking to the child about having sex, arranging to meet, and showing up at where he believed the child to be living for sex,” the probable cause statement says.

“He also admitted to asking the child for nude images. Brady disclosed that he is employed by the Weber School District as a teacher for Roy High School.”

Allen is being held without bail in the Davis County jail. 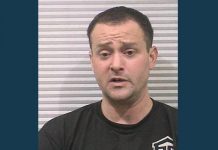