As additional officers arrived, police reported finding a 28-year-old male with a laceration to the face.

Moments later, police reported a 30-year-old female with an apparent gunshot wound to the leg.

At 12:51 a.m. police radioed for additional medical units, calling on them to expedite their response to treat a 28-year-old male who was believed to have been stabbed in the chest.

All three of those injured were transported to area hospitals. Their conditions were not provided.

Police have yet to comment on the incident, including circumstances leading up to the violence, or possible suspect information. 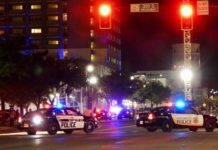 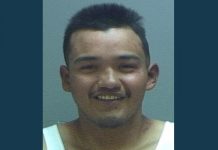