“A female entered the convenience store and demanded money while intimating she had a weapon,” the watch log said. “The clerk refused to give her money at which time the female produced a can of Mace and sprayed some on the floor.”

The clerk still refused to give her anything and the suspect fled east in a gray or green Mitsubishi Eclipse.

Anyone who has information about the incident is asked to call the SLCPD on 801-799-3000. To remain anonymous, text crime tips to 274637. Start the text with the keyword TIPSLCPD (which routes it to SLCPD), then a space, followed by the relevant information or photos. Reference: crimetip. The reference number in this case is 20-27109. 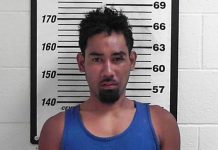