The initial decision to issue the order was made after police responded to a call of “shots fired” in a nearby neighborhood.

The first notification of the now-ended shelter in place call went on social media about 10 a.m. “Patron Alert — West Valley Police and Granite Police have placed Armstrong Academy on a precautionary ‘shelter in place’ protocol due to police activity in the neighborhood area,” the Granite School District tweet said. “There is no direct threat to students and the protocol is strictly precautionary to ensure student safety.”

A follow-up tweet from West Valley City Police Department at 10:21 confirmed the shots fired call, but said there was no threat to the school. “There are reports of shots fired in the area of 5300 W. 2700 South. Officers are on scene. There are no victims. Schools in the area were locked down briefly as a precaution. The suspect(s) fled the area. The lockdown has been lifted.”

An investigation into the incident is underway, the WVCPD tweet said.

Gephardt Daily has a crew at the scene and will have more on this developing story as information is made available. 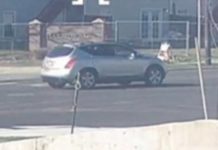 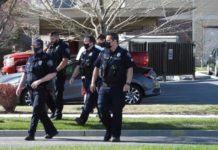 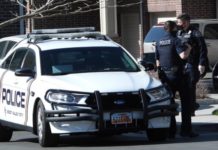