SOUTH JORDAN, Utah, July 25, 2019 (Gephardt Daily) — The South Jordan Police Department is closing the case of 16-year-old Elizabeth “Lizzy” Davis, who was reported as a runaway on June 4.

“Since that report, the department has spent a substantial amount of time and resources trying to find Lizzy and make sure she was safe,” said a news release from the South Jordan Police Department. “On July 11, 2019, we received notice from Lizzy’s mother that Lizzy had retained an attorney to represent her independently of either parent in an ongoing custody dispute.”

In addition, on July 23, police officials met with Lizzy and her attorney, Roger Hoole from Hoole & King L.C. Law Offices.

“At that time, we were able to verify Lizzy was safe, healthy, and that her needs were being met,” the news release said.

In a letter to the department, Hoole stated: “Elizabeth’s desire to resolve the legal issues related to her custody status as soon as possible so she can remain in an environment where she feels safe and continue her education and employment. She hopes her parents will agree that an independent guardian can be appointed by the court to care for her and assure her safety until she turns 18.”

A Facebook group entitled “Find Lizzy” has posted a daily update on the status of her disappearance since she went ran away on June 4. That group is followed by more than 2,000 people. 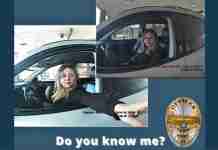 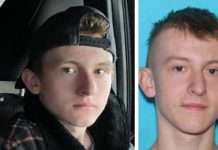