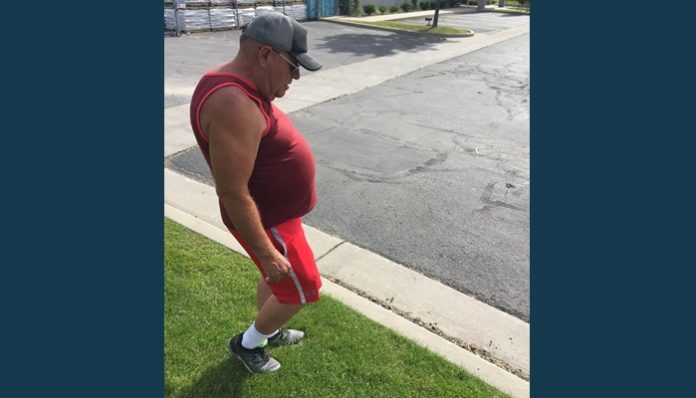 Update: South Salt Lake police have identified the man in the photograph, who allegedly asked a 12-year-old boy what he would do to earn $50.

A statement send out by the SSLPD on Wednesday follows:
“The Suspicious Person from the Jordan River Parkway Trail/June 16, 2019 has been Identified.
“The case is under investigation and no arrest has been made. Since the individual has not been arrested his name can not be released. The response to the media release was extremely good. Thank you.”

See the original story below:

SOUTH SALT LAKE, Utah, June 18, 2019 (Gephardt Daily) — South Salt Lake police are searching for a man who allegedly asked a 12-year-old boy what he would do to earn $50.

Police were dispatched to the area of 3200 S. Jordan River Parkway Trail on a suspicious person call at approximately 10 a.m. Sunday, said a news release from the South Salt Lake Police Department.

“When police arrived they were contacted by the father of a 12-year-old boy who was approached by a suspicious male,” the news release said. “The boy’s father told police that they were walking on the Jordan River Parkway Trail when his son ran a short distance ahead of him and was approached by an older man who asked the boy ‘What would you do to earn $50?'”

The boy ran back and told his father what happened. The father was able to get a picture of the man as he was walking away, the news release said.

The man is described as Caucasian, approximately 65 years old and heavy set, and was wearing a red tank shirt, red shorts and a gray and black baseball cap.

Police are trying to identify the person in the photo and need to question him about the above incident. If anyone knows the identity or the whereabouts of the man, please call South Salt Lake Police Dispatch at 801-840-4000.