Jan. 20 (UPI) — Radical, which premiered Thursday at the Sundance Film Festival, is the second-best Sundance movie where Eugenio Derbez plays an inspiring teacher. While it’s no CODA, Radical spotlights the noble efforts of the real Sergio Juarez.

Sergio (Derbez) came to a Matamoros, Mexico school to teach sixth grade in 2011. He challenged the established curriculum while other teachers just taught their students material from the standardized tests.

When Sergio flips the desks over to set up an exercise for the class, it feels very Dead Poets Society. He even stands on a desk at one point.

Sergio’s philosophy is that grades don’t matter. It’s more important to make mistakes that you can learn from.

That’s a fine philosophy, but there is the reality of standardized tests that the kids have to pass. The school also gets funding according to their test scores.

It works though. Sergio’s interactive lessons get the kids thinking and working together to learn rather than just memorizing facts from a book.

Derbez is as charismatic as ever and perfectly suited to engage young kids. It’s also inspiring to see that a teacher can bring that energy and passion to daily classes.

Sergio gets personally involved with his students, too. He teaches Lupita (Mia Fernandez Solis) about philosopher John Stuart Mill, whose philosophy matches her worldview.

He encourages Nico (Danilo Guardiola Escobar) to woo classmate Paloma (Jennifer Trejo) by supporting her scientific interests. Respecting each other’s interests is a good lesson to instill at an early age.

It gets a little trickier when Sergio intervenes with Nico’s gang involvement. Sergio knows if he reports Nico, Nico will become enmeshed in the system and never get out.

But, by giving Nico a chance to resolve it himself, he’s leaving Nico vulnerable to older gang members. Perhaps this was a real dilemma with which Sergio was faced, and he doubts whether he handled it correctly.

It shows that Sergio’s outside the box teaching doesn’t always apply to real world pressures.

Sergio can make a difference, one student at a time, but he does something even more extraordinary. He gets through to the school’s director, Chucho (Daniel Haddad).

When Sergio arrives, Chucho wants him to stick to the books, but he warms up to Sergio’s methods when he sees the class’s progress. By making the establishment care about learning, that impacts everyone, including other teachers’ classes.

Radical presents a frank depiction of the environment in Matamoros. Kids walk by dead bodies on the way to school, and some promising students are forced to drop out due to family obligations.

Hollywood teacher movies like Dangerous Minds and Coach Carter tend to oversimplify the issues facing troubled students. While Radical is not radically different from the best of the genre – your Stand and Delivers and Lean on Mes – it wouldn’t be the worst thing in the world if teachers continued to inspire movies like this.

Fred Topel, who attended film school at Ithaca College, is a UPI entertainment writer based in Los Angeles. He has been a professional film critic since 1999, a Rotten Tomatoes critic since 2001 and a member of the Television Critics Association since 2012. Read more of his work in Entertainment. 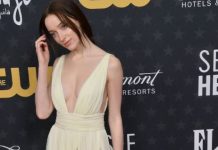 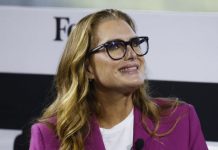 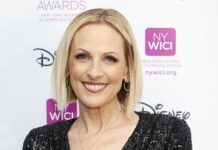