SALT LAKE CITY, Utah, Feb. 20, 2020 (Gephardt Daily) — The Weeknd will be bringing his “After Hours” tour to Salt Lake City this summer, it was confirmed Thursday.

The Weeknd, whose real name is Abel Tasfaye, will begin his tour on June 11 in Vancouver, British Columbia, then will play nearly 40 cities across the U.S. and Canada, ending with a final show at Madison Square Garden in New York on Sept. 3.

He will appear as the musical guest on the March 7 episode of “Saturday Night Live,” with host Daniel Craig; his new album will be released March 20.

Presale tickets go on sale on Feb. 25 and are available here. 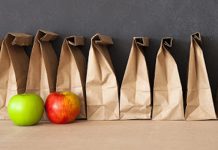