MORGAN COUNTY, Utah, May 25, 2018 (Gephardt Daily) — The Utah Highway Patrol has released the name of a man who was killed Friday when his motorcycle crashed on Interstate 84 near Mountain Green.

Chad David Whittle, 46, died at the scene of the accident.

According to a UHP news release, at about 5:15 p.m., Whittle was driving a Yamaha VM7 “at an extremely high rate of speed on I-84 approaching mile post 95.”

He left the roadway to the left and hit the cable barrier, where he was thrown from the motorcycle. The release states that both Whittle and the bike went across both westbound lanes, into the K Rail, and then traveled a “substantial distance” farther.

UHP said alcohol and speed contributed to the crash. Whittle was wearing a helmet.

No one else was injured in the heavy holiday traffic, UHP said. 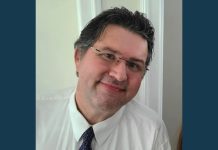