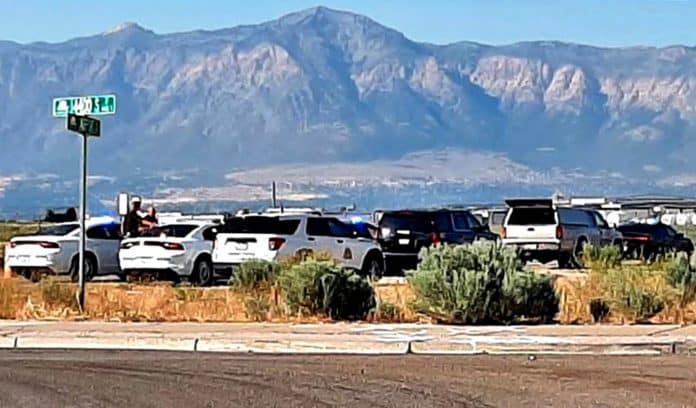 Trooper Jared Hayes, of the Utah Highway Patrol, said it was Riverdale officers who made the stop after the incident, which occurred at about 5:25 p.m. Wednesday when both drivers were in the area where westbound Interstate 84 and Interstate 89 come together.

“It sounds like a road rage incident,” Hayes told Gephardt Daily. “One driver got upset with the other and started flipping him off. Then one driver pulled up next to the other and raised up a weapon, a gun, to get the other guy to back off.”

Both men are area residents, and neither was hurt in the incident, Hayes said.

The suspect was pulled over in the area of 4400 South and Airport Redwood Road, where UHP troopers and officers from Riverdale and Roy responded.

Hayes said it is unclear whether charges will be filed, and that will be determined after their interview with the alleged victim.