KEARNS, Utah, March 21, 2019 (Gephardt Daily) — A 15-year-old has been arrested after his step-brother, a 16-year-old from Kearns, was killed in what officials are calling an “accidental shooting” Monday morning.

The arrest was made Wednesday, the Unified Police Department said in a news release Thursday.

“Previous information that the juvenile was 17 years old has been corrected to reflect the correct age of 15,” the news release said.

“The charges and the name of the juvenile are not being released at this time due to the age, and the ongoing nature of the investigation.”

The relationship between the victim and the arrested person has been categorized as step-siblings, the news release said. Officials had previously said the two were brothers.

Sgt. Melody Gray of the Unified Police Department told Gephardt Daily Monday officials responded to a home in the area of 5000 West and 5400 South at approximately 8:15 a.m.

Gray said the two step-siblings were playing with a shotgun when it went off accidentally.

It’s not clear who the shotgun belonged to.

The identity of the deceased teen has not been released. 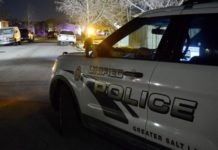 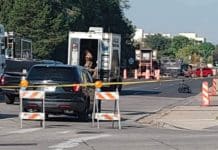