WEBER COUNTY, Utah, Dec. 9, 2019 (Gephardt Daily) — The Weber County Sheriff’s Office Search and Rescue team officials said Monday the three Great Pyrenees puppies they rescued Dec. 1 have all been adopted, and the mother has been located.

The volunteers were at the Monte Cristo trailhead preparing for the winter season after all the new snow that fell during Thanksgiving week, according to the original Weber County SAR Facebook post.

Also in the area were Utah State Parks employees, and they relayed the information to SAR that two people — Kat Perry and Cory Holt — needed help rescuing the three puppies they had found while snowmobiling in the Ant Flat area.

SAR responded with a rescue sled and helped the pair rescue the stranded pups.

The post added that the puppies’ mother, who was previously missing, has been spotted and appears to be in good health.

“Great Pyrenees Rescue, Montana is working with Cache County Animal Control and several volunteers to capture the mother,” the post said. “This has not been an easy task. Every option is being examined, Great Pyrenees Rescue, Montana and the volunteers are still working on the best solution to capture the mother safely. We will keep you posted when we get more information.” 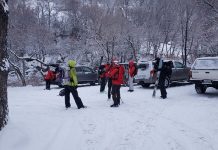 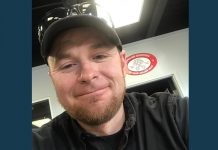