SOUTH JORDAN, Utah, Feb. 18, 2022 (Gephardt Daily) — The Utah National Guard issued a statement Friday regarding the officer-involved shooting Thursday in South Jordan in which a suspect and a police K9 died.

“We are aware of the shooting incident that occurred in South Jordan, Feb. 17, 2022, which ended tragically in the death of Zachary Alvarenga (25), a Soldier in the Utah National Guard, and Maya, a K-9 police officer with the West Jordan Police Department,” the statement said. “Spc. Zachery Alvarenga joined the Utah National Guard in 2019 and was a parachute rigger assigned to Alpha Company, Group Support Battalion, 19th Special Forces Group.”

“We are devastated to hear that one of our Soldiers was involved in this tragic incident,” said Col. Paul Peters, commander of the 19th Special Forces Group. “Our condolences go out to Alvarenga’s family, to Maya’s handler, to the victims who were immediately impacted, and to all others who have been affected. We will be providing counseling and other necessary support services to our Soldiers. These kinds of horrible events affect us all.

“The Utah National Guard recognizes that Alvarenga’s actions precipitated this event and supports the efforts of local authorities throughout this ongoing investigation.”

Alvarenga had been working as Utah Department of Corrections Officer at the Utah State Prison in Draper since September.

Gephardt Daily will update this story when more information is made available. 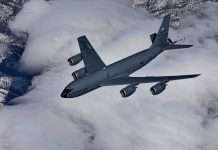